In June the Beecroft Building was named as one of the UK’s finest new buildings, winning a prestigious RIBA National Award 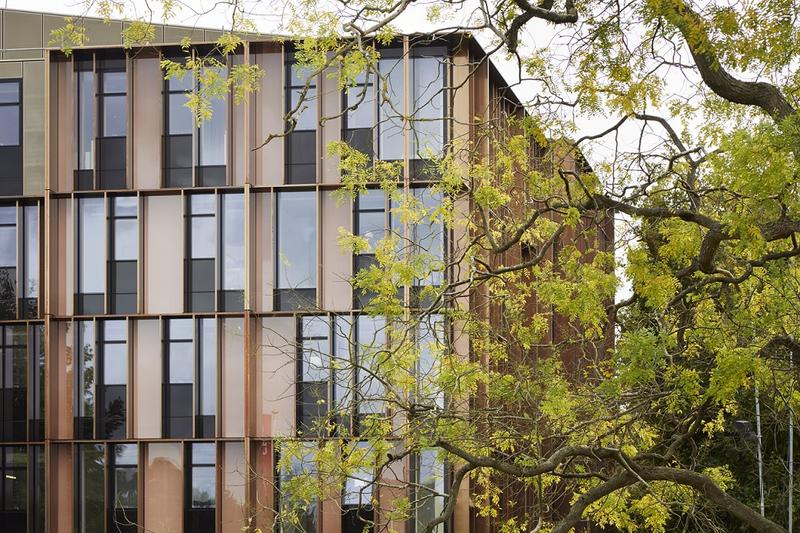 ‘[It] is an immaculately designed addition to Oxford University,’ the judges commented. ‘As the first new building to the Physics Department in 50 years, it has completely transformed the capabilities and working behaviours of one of the largest physics departments in the world. A sophisticated, erudite design that is testament to the project team’s close alliance and hard work. An absolutely astounding space in which every scientific detail has been thought through and delivered with a finesse and refinement that is incomparable.’

The triumph follows the Beecroft’s victory in the regional RIBA South Awards earlier in the summer, after which it went on to be named RIBA South Building of the Year, beating 16 other regional winners. These are among the most prestigious accolades that a new building can attain. The Beecroft will now be considered for the RIBA Stirling Prize for the year’s greatest new building, announced in October.

The Beecroft also won a Constructing Excellence SECBE Award, in the Integration & Collaborative Working category. These awards focus on excellent design, construction techniques and working practices, and aim to create positive change in the construction industry. This award recognised the close collaboration between the many teams that need to work together to create a building as technically exceptional as this one.

The judges praised the project’s delivery of ‘unprecedented research facilities in a constrained urban context through close collaboration [and] extensive engagement with the client team and contractor’s supply chain.’

They were also impressed by the work the team have done to share what they have learned during the project, noting that it has enabled the wider industry to ‘learn from the best’. Some of these findings are already being incorporated into other projects at universities including Cambridge, Cardiff and UCL.

These are only the latest accolades for the Beecroft, which has also won an S-Lab Award for Excellence in Laboratory Design, Management and Operation, and was named Project of the Year in the Oxfordshire Property Festival Awards 2019.