The Beecroft building recently won a RIBA South Regional award and then went on to win the RIBA South Building of the Year Award, triumphing over 16 other projects 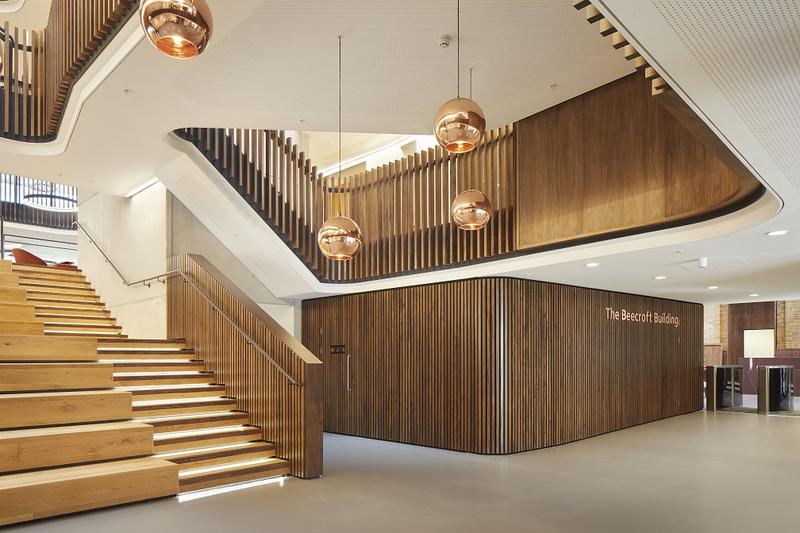 Run by the Royal Institute of British Architects, these are among the most prestigious accolades that a new addition to the built environment can attain.

Now occupied by the Department of Physics, the Beecroft is is now in the running for a RIBA National Award and perhaps ultimately for the RIBA Stirling Prize for the year’s best new building, which will be announced in October.

The £50m building provides world-leading facilities for the Physics department’s research and teaching; it was completed last year after a major construction project managed by the Capital Projects team within Estates Services. It has already won numerous awards, including being named Project of the Year in the Oxfordshire Property Awards and collecting an S-Lab Award for Excellence in Laboratory Design, Management and Operation.