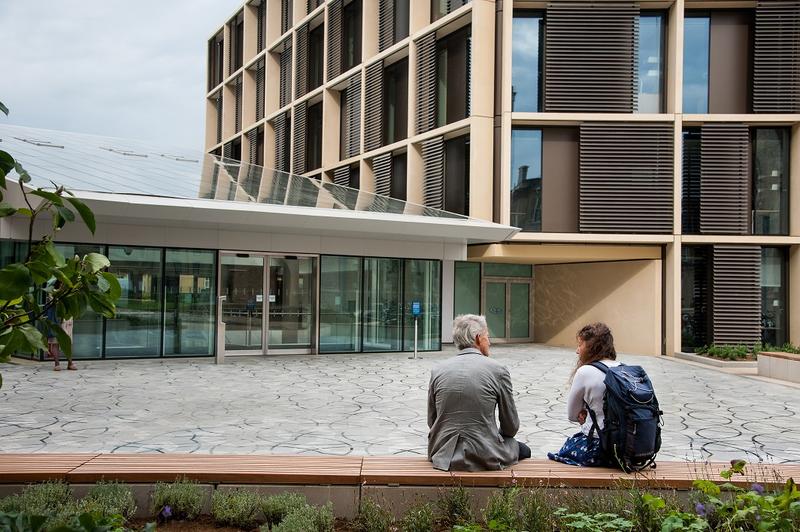 All toilets in the ROQ building were installed when it was finished in 2013, using push-button flushes. Earlier in this year building users noticed that water usage had risen sharply; investigation revealed that many of the valves in these flushes had started failing around the same time, meaning that the cisterns were continuously leaking. DLO plumbing apprentice Sarah Fagan replaced the flushes on all 85 toilets and urinals in the building, and early data suggests this has reduced water consumption by around 20m3 a day.

Any other users of buildings with push-button flushes that seem to be using too much water should contact the DLO. Repeatedly replacing push-button flushes every few years will be costly and labour-intensive, so the DLO believe this should be borne in mind for future projects, perhaps influencing designers to use traditional lever-flush systems instead.