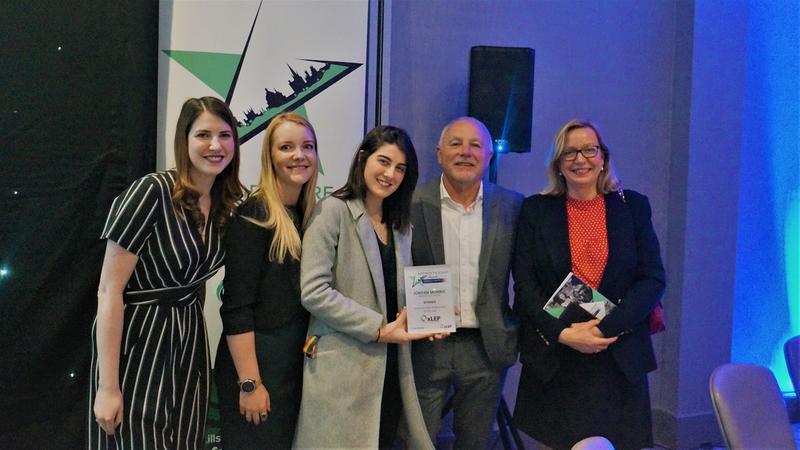 Jordan won the award in recognition of the exceptional commitment she has shown to the apprentice ambassador scheme, regularly giving up her own time to help spread the benefits of apprenticeships to young people around Oxfordshire.

Earlier in the year, Emma Ludlow of the University Parks and the whole University Print Studio team, including Jordan, were honoured at the 2019 University Apprenticeships Expo and Awards event at the Sheldonian Theatre. Matthew Moxon of the Estates Finance team also received a certificate at the latter event after successfully completing his three-year apprenticeship.

More apprentices are being taken on across the department – for example, the Communications, Finance and Graduate Accommodation teams recently took on apprentices, and more are joining the DLO and Systems Administration. The largest employer of apprentices in Estates Services is the FM team – Jordan was part of the first group of young people to join its apprentice scheme. Over its first two cohorts, the scheme has been a major success, with 91% finishing their apprenticeships compared to a national average of 64%. The plan is to take on another cohort in due course.

The FM team are working with local schools and colleges to encourage awareness and uptake of apprenticeships with the University. This includes taking on work experience students – in 2019 another five pupils from Cooper School in Bicester will be arriving for a taste of working life in FM. Team members also visit schools to provide guidance on skills like CV writing and successful interviewing.