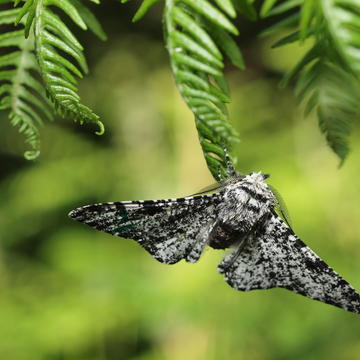 Earlier this year they organised a survey by a professional ecologist to map the kinds of habitat that exist around the site, and to suggest steps that could be taken to preserve them and make them more attractive to a diverse range of wildlife.

The ecologist found that ORC was already home to a surprisingly large number of species – around 270 showed up in the survey. The team then held meetings with ORC staff in September to find out what they thought of the suggestions, as well as consulting the University Parks team, who maintain the site’s green spaces, and the Capital Projects team who will be managing the major construction projects that will fill its remaining empty plots of land over the coming years. They have now come up with a shortlist of recommendations to take forward over the coming months.

Many of these focus on preserving and enriching the areas of natural landscape that have been left behind in developing the site, including the strip of mature woodland between it and the main road and various patches of grassland. They are aimed at improving biodiversity within the context of the masterplan for ORC’s development – for instance, they concentrate on areas that will be available to wildlife over the long term, rather than on land that will eventually be taken up with new buildings.

In many cases they amount to relaxing management of the site to give nature more breathing space – for instance, mowing grass and cutting hedges less frequently so they provide more attractive habitat for wild plants and animals. Other recommendations include reducing use of fertilisers and pesticides, leaving more dead wood in wooded areas and raking cut grass after mowing to reduce fertility levels and encourage more variety of species.

There will now be further discussions with people based at the site before a formal plan to increase the site’s biodiversity is produced, with the aim of starting work early next year. If you have questions about the proposals or would like to get involved with helping improve biodiversity on the Campus, contact the Environmental Sustainability team on sustainability@admin.ox.ac.uk.

The team are particularly interested in hearing from people in Green Impact teams based at ORC, who could help monitor biodiversity at the site or even work to improve it as part of their activities for the flagship environmental engagement scheme.