More information has emerged on the University’s plans, announced last year, to create its first new college in several decades

Parks College, as it is provisionally known, will be a graduate college focusing on interdisciplinary research in the 21st century. The move responds to the University’s five-year strategic plan, which calls for an increase in the intake of graduate students by up to 850 per year.

The aim is for the new college to accept its first students in autumn 2020. The project is being overseen by Professor Lionel Tarassenko, who currently heads the Department of Engineering Science. 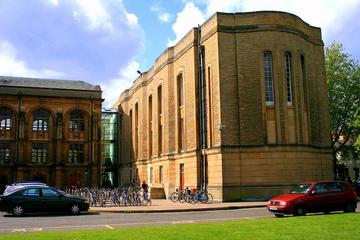 Estates Services staff are closely involved with drawing up plans for the new college and integrating them with the existing plans for the refurbishment of the Radcliffe Science Library (RSL) building (pictured). For example, the Space Management team are playing a key part in working out how it can share space with the Radcliffe Science Library, enabling both to use the same space flexibly at different times of day.

Student accommodation is expected to be located elsewhere in the city owing to a lack of space on the RSL site.

The Radcliffe Science Library site will need extensive work to provide facilities such as common rooms, offices for college staff and spaces for activities such as data visualisation and public engagement with research. The plans involve the creation of formal and informal study space for students; there will also be dining facilities for the college.

Plans for the college are being drawn up and will go before Council and Congregation over the coming months. They have also been considered by the Strategic Capital Steering Group (SCSG) and the Buildings and Estates Sub-Committee (BESC).