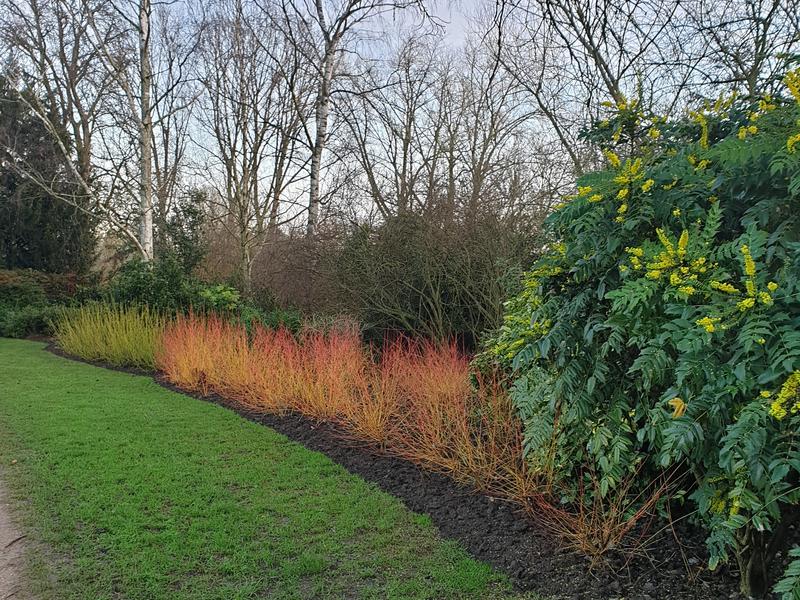 All areas, from the Parks to the green spaces across the estate and the gardens of private customers, get special treatment at this time of the year in preparation for the arrival of spring.

Senior gardeners have made several trips to nurseries to buy new plant material ready for spring; in particular, they have been looking for new plants to populate the far end of the Hayrick border, which has been left fallow for the last year to enable the growing number of weeds to be dealt with. The next section along towards South Parks Road will now be left uncultivated while the previously fallow section is re-planted over the coming months.

The landscaping around the recently-reopened Keble Gate is almost finished, with an attractive planting scheme incorporating wildflower turf and more than 1,200 bulbs. The next phase of work is set to start in March and will involve removing temporary pathways and extending the meadow. The nearby West Walk border will also be completed, by removing the path leading to the old location of the Keble Gate and planting up to make one long continuous border up to its new location. The border in front of the Gingko Gate further along Parks Road, meanwhile, has had a rope swag added to create an attractive screen that deters visitors from walking straight through. Roses have been added to the flowerbed, with the plan of eventually training them up the posts and along the ropes of the fence. North Lodge gateway is also having minor make-over. The western end of the North Walk tree line is being thinned out and the area adjacent to North lodge will be planted up with forest-floor species such as foxgloves, sweet cicely, red campion and cow parsley to create a woodland meadow. The aim is to create a cool, attractive new area of the park while also increasing biodiversity.

Projects outside the Parks

Meanwhile the team are also working on several other projects further afield around Oxford. These include: