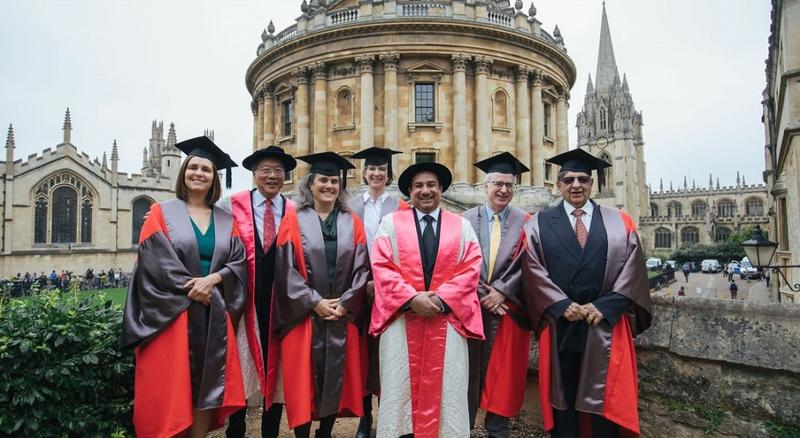 As usual the Security Services team worked closely with colleagues all over the University as well as with Thames Valley Police to help ensure the event ran smoothly and safely, despite two protests on the day.

The first was organised by Extinction Rebellion, protesting the University’s failure to divest all its fossil-fuel investments. Security Services worked with them to facilitate their protest and so ensure that the University procession and ceremony were not seriously affected.

The second protest was organised by animal rights campaigners Speak; the organisation appears at Encaenia most years, but was present in larger numbers this year. This may be because Speak came to Oxford in April to march for the World Day for Animals in Laboratories – another protest that Security Services helped manage. Ahead of Encaenia, Security Services staff held three meetings with the police to plan how to deal with the threat, with the result that the ceremony and procession could go ahead as normal despite a much larger-than-usual protest.